Montréal, Québec
student debt
In the wake of the 2012 student uprisings, the Québécois government installed the P-6 Regulations, which lowered the amount of people allowed to demonstrate in public space to a mere fifty. Now, demonstrations comprised of more than fifty people often lead to arrest, and hefty fines of up to $500 per person. With the inception of this and other anti-protest laws, we have witnessed the familiar authoritarian impulse that has repeatedly emerged during times of popular unrest: Democracy is dangerous.We oppose this law and any law which seeks to quell democratic expression.

While expressing political opinions through organized protest may now be a transgressive act in places like Québec and New York City, the use of new media affords certain liberties to those willing to experiment within the genre. Our actions in Québec stand both as tribute to recent popular history and as a strategy to navigate the post-P-6 landscape. We projected virtual protests throughout Montreal onto landmarks associated with the student movement. We held sign-making parties in collaboration with student activists in Montreal, to allow their voices to transcend the absurd, draconian legal landscape, digitizing and video projecting their slogans of humor, anger, and resistance onto the city that seeks to silence them. 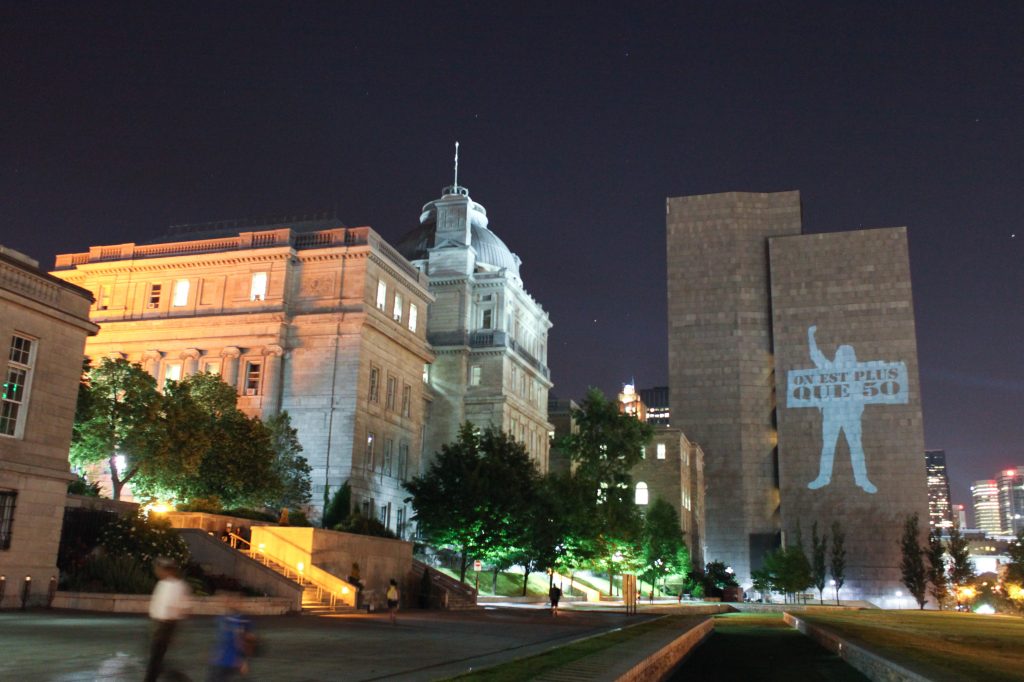 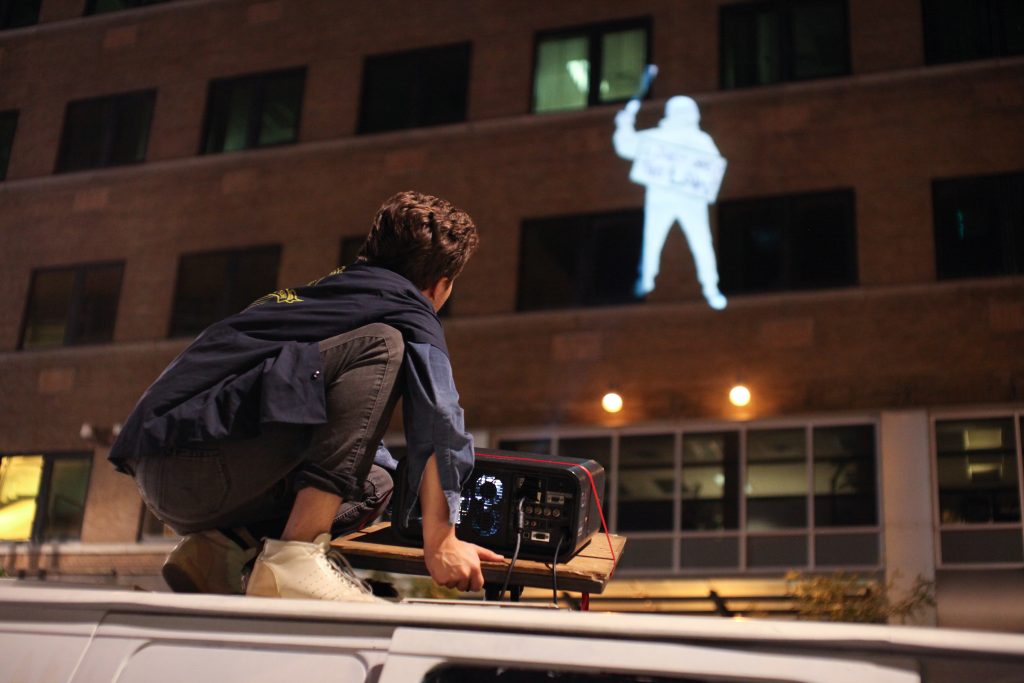 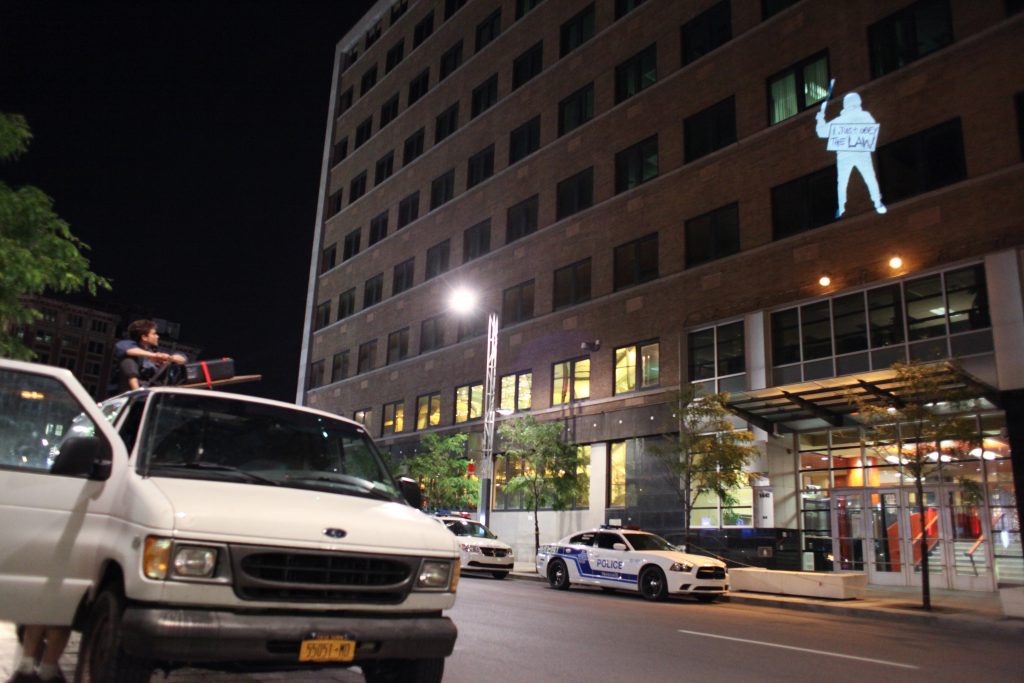 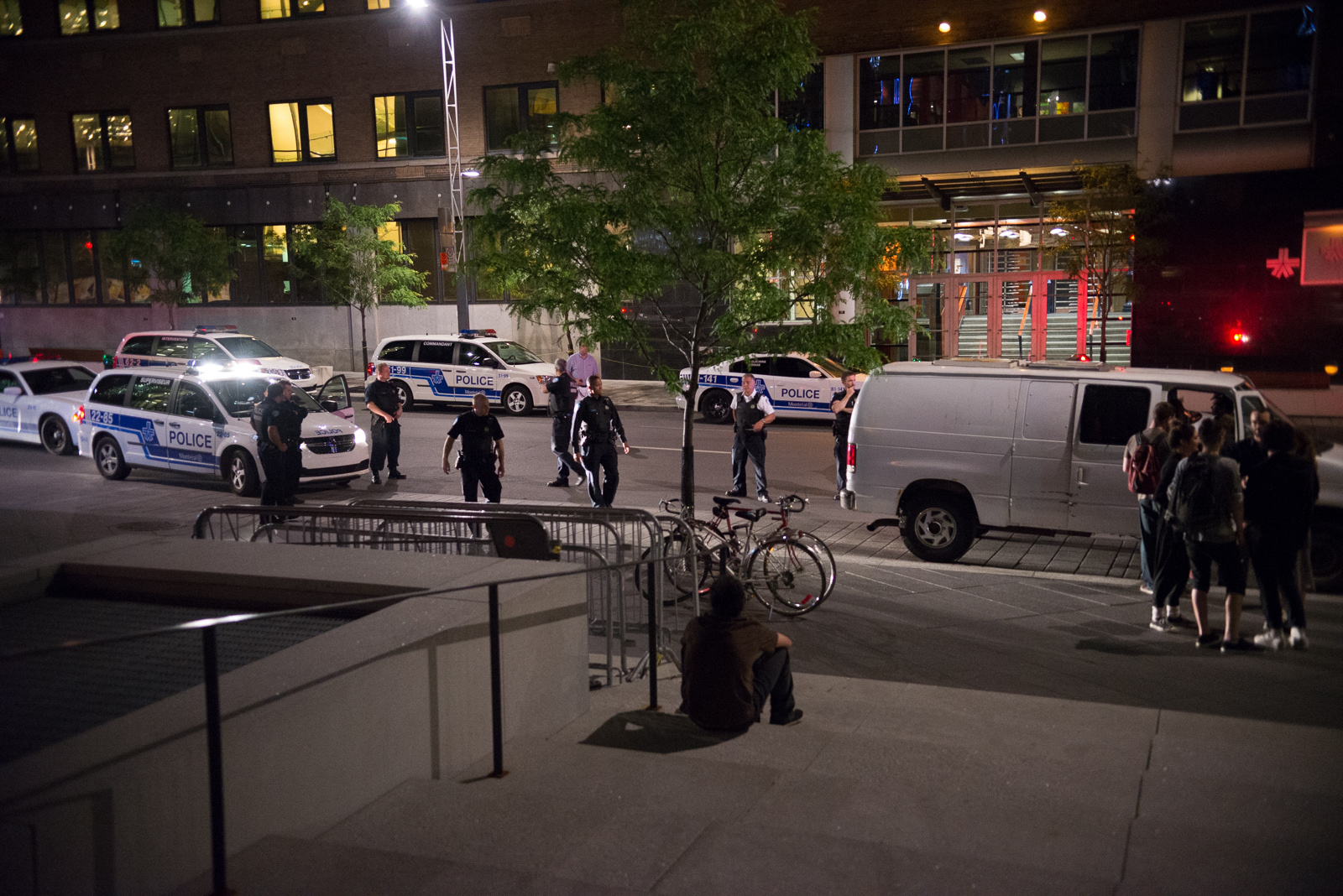 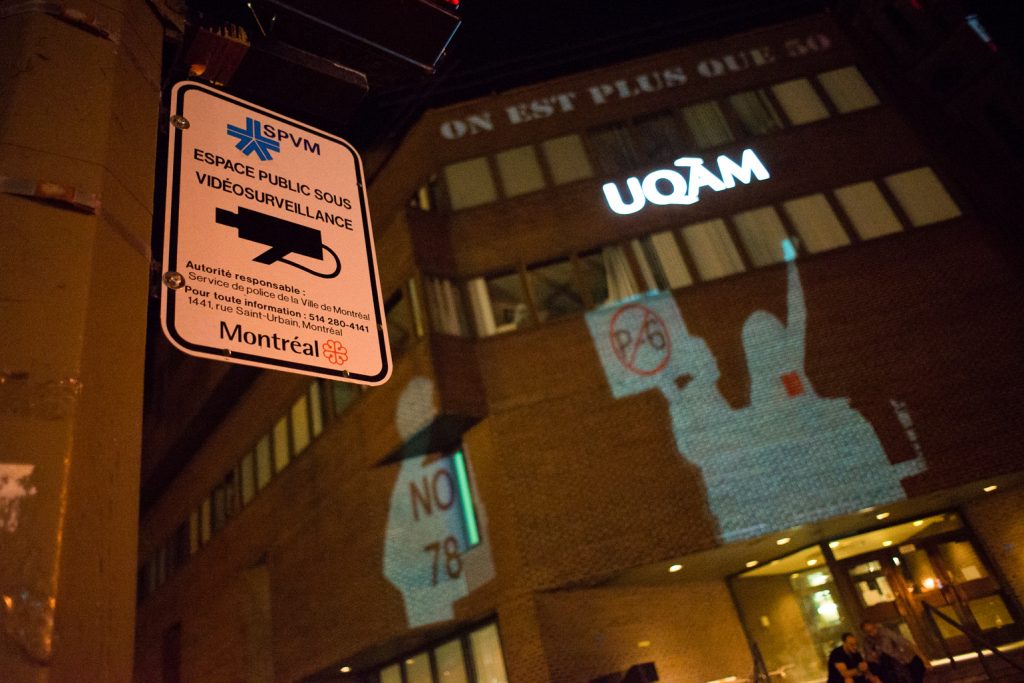 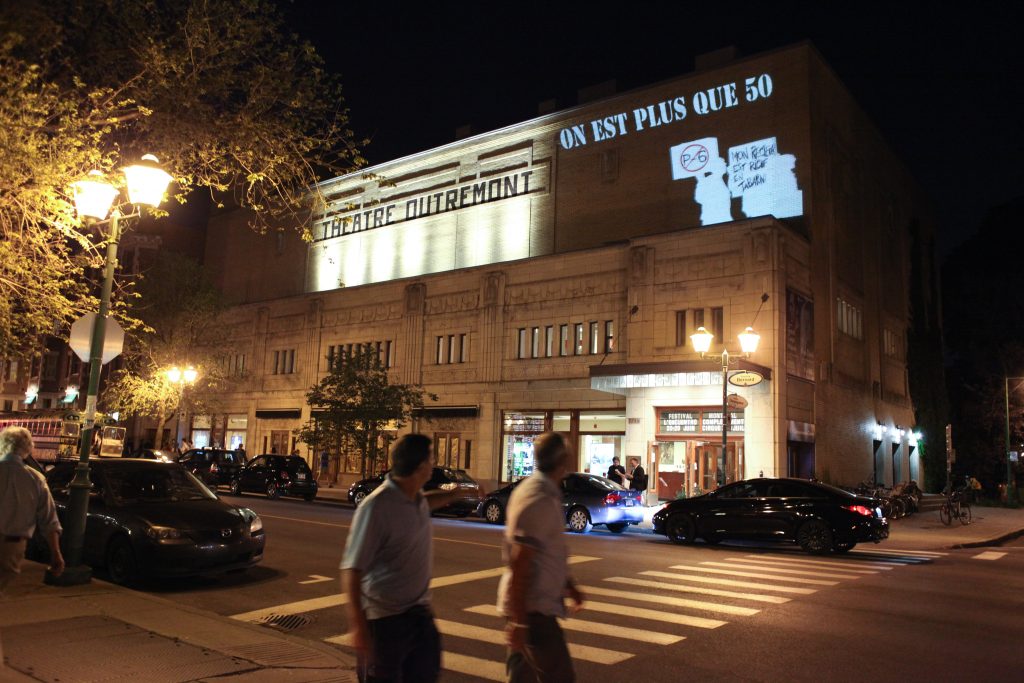