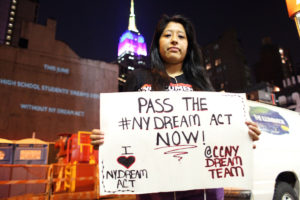 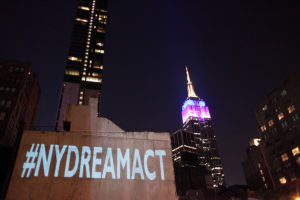 In New York state, over 4,500 undocumented students graduate from high schools each year. However, since they are barred from state and federal financial aid, and face many other forms of discrimination due to their legal status, only 5-10% actually pursue a college education.

The DREAM Act (Development, Relief, and Education for Alien Minors) is a piece of legislation that would give undocumented immigrants who came to the U.S. as children a path toward legal status and access to financial aid.

In June 2014, we projected alongside DREAM Act activists organized by the New York State Youth Leadership Council, an undocumented youth led nonprofit organization. We urged Governor Cuomo to sign the DREAM Act into the state budget. Though Cuomo and the state Assembly have supported the legislation, the republican state Senate has consistently voted against it.

We stand in solidarity with undocumented immigrants and their access to basic social services.

We support a path to legal status for undocumented immigrants who grew up in the US.

We oppose discrimination against people based on legal status or place of birth. 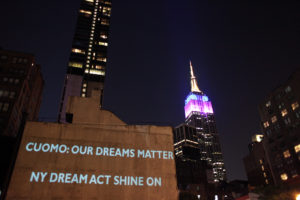 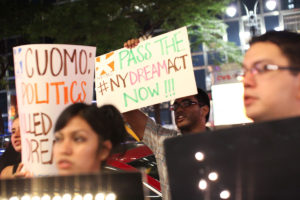 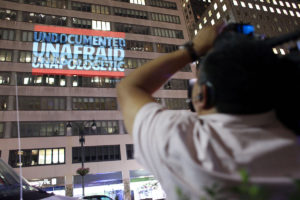 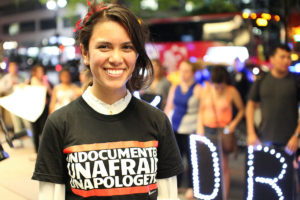 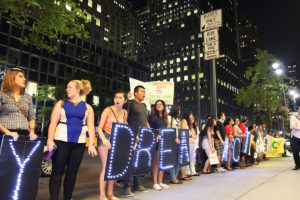