In exchange for promises to build affordable housing, politically connected real estate developers like Bruce Ratner are given sweetheart deals and millions in tax breaks. In the case of Atlantic Yards the city went so far as to use eminent domain to evict Brooklyn residents from their homes.

On March 25th 2012, on one of our first missions, we supported the group Develop Don’t Destroy Brooklyn in their action to call attention to the corrupt process behind the Atlantic Yards development. While this development did ultimately go forward, the years of resistance to it advanced the cause of anti-displacement organizing in Brooklyn.

We stand in solidarity with those fighting against gentrification and displacement in Brooklyn, and elsewhere. 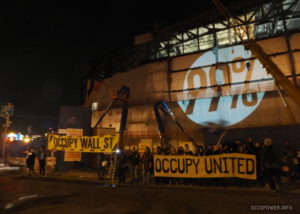 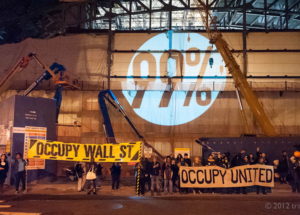