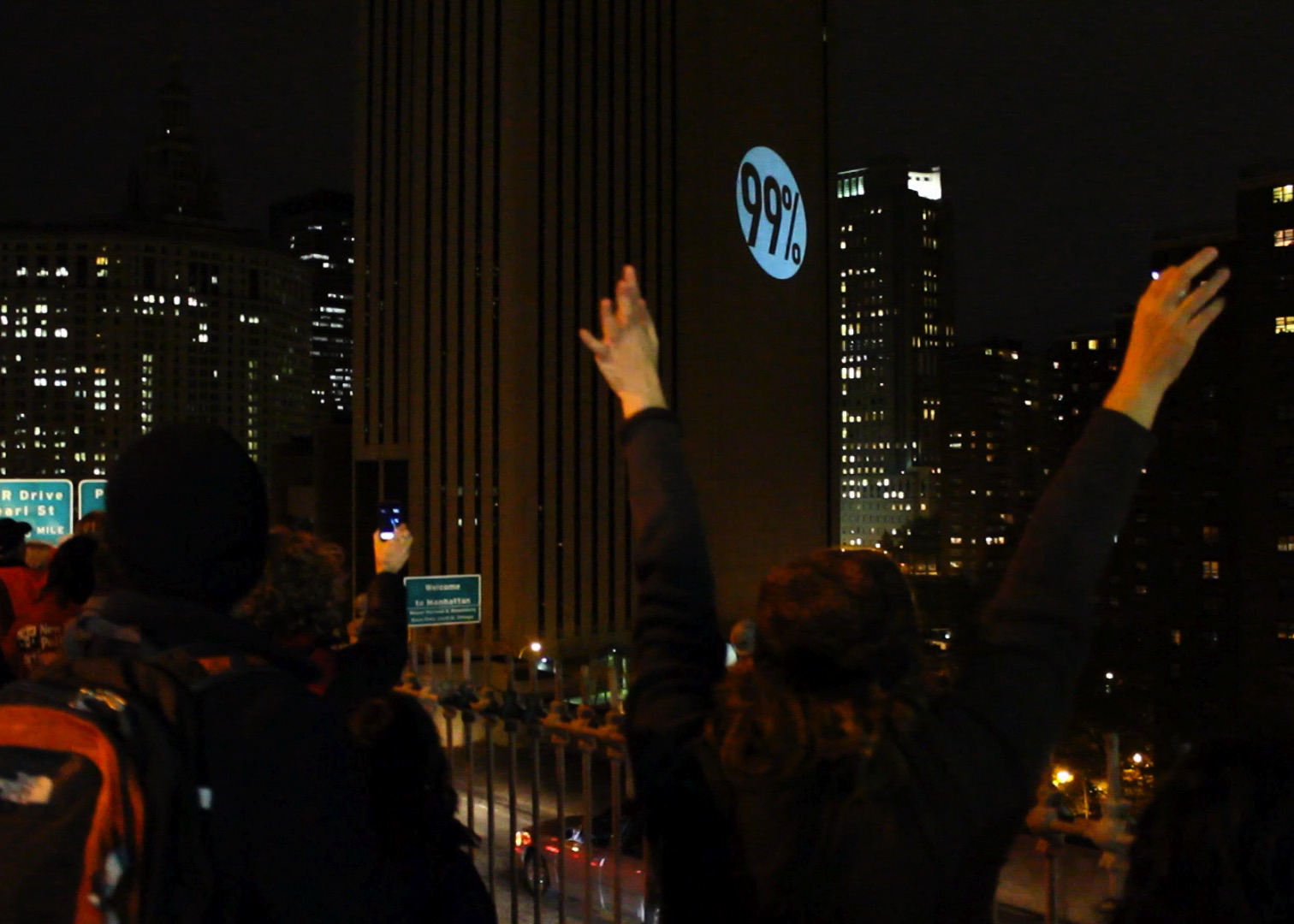 A coalition of labor organizers had called for a national day of action on November 17 2011 to push back against austerity and demand infrastructure improvements and jobs. The coalition also included community-based organizations and a contingent of Occupy Wall Street activists. Actions were planned for 17 bridges in 17 cities. In New York City, a permit was obtained for a large rally in the Wall Street area, with a march over the Brooklyn Bridge to follow. November 17 was also the two-month birthday celebration for #Occupy Wall Street.

Mark Read pulled together an ad-hoc team that included Max Nova, JR Skola, Chris Jordan, Jeanne Angel, Aaron Kuffner, and Brandon Neubauer to project the 99% “Bat Signal” for the march. Within spitting distance of the Brooklyn Bridge pedestrian walkway stands a 32-story grey concrete slab of a building commonly known as “the Verizon building” due to the huge Verizon logo at the top. A flat windowless expanse approximately 75 feet in width extends up the face, with low ambient light. The goal of that action was simply to inspire the thousands of people that we knew would be walking across the Brooklyn Bridge on the pedestrian walkway.

In the days before the action we began to realize that we would be able to project not just the 99% symbol, but also words large enough and bright enough for people to read from the bridge. Amazingly, all went as planned, and the action was even more successful that we could have hoped for. As fate would have it, this action took place two days after the eviction of Liberty Square (aka Zuccotti Park), so the messaging became even more powerfully resonant. The 20,000-strong crowd on the bridge went crazy. We could hear them shouting, cheering, and, yes, “mic-checking.” It was the galvanizing, unifying moment of joy and celebration that we’d hoped to provide this burgeoning global movement for a more just and democratic world. The action was embedded within a movement and played on elements from movement culture — both in style and in substance. The “human mic” and “mic check” were immediately grasped and appreciated. Most of the language came from chants or well known slogans. The “bat signal” itself required no translation. It is already a part of our cultural commons, part of the “spectacular vernacular” of global pop culture, a symbol we all understand to be a call for aid and an outlaw call to arms.

Of course Batman is actually a quasi-sociopathic millionaire vigilante, a one-percenter you might say. But by occupying that symbol with our own content — “99%” — we appropriated it for the rest of us. In this reconfiguration, we are no longer waiting for some superhero, be it a masked vigilante or the first black president, to swoop in and save the day. Rather, we are the response to our own call for aid. It was in the wake of this successful action that The Illuminator was conceived and came into being five months later. 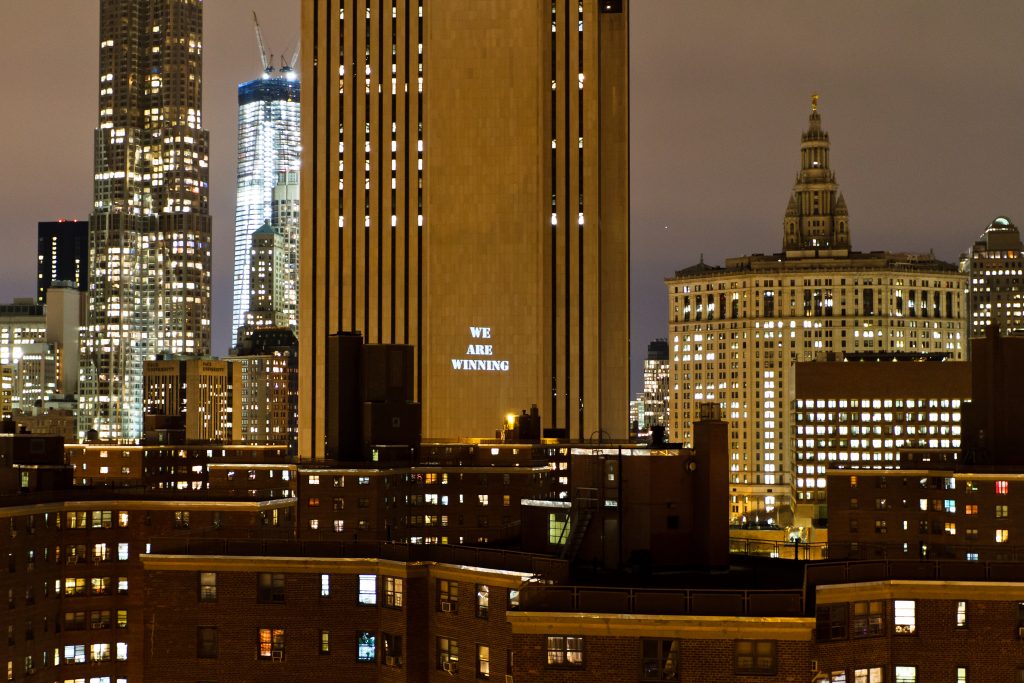 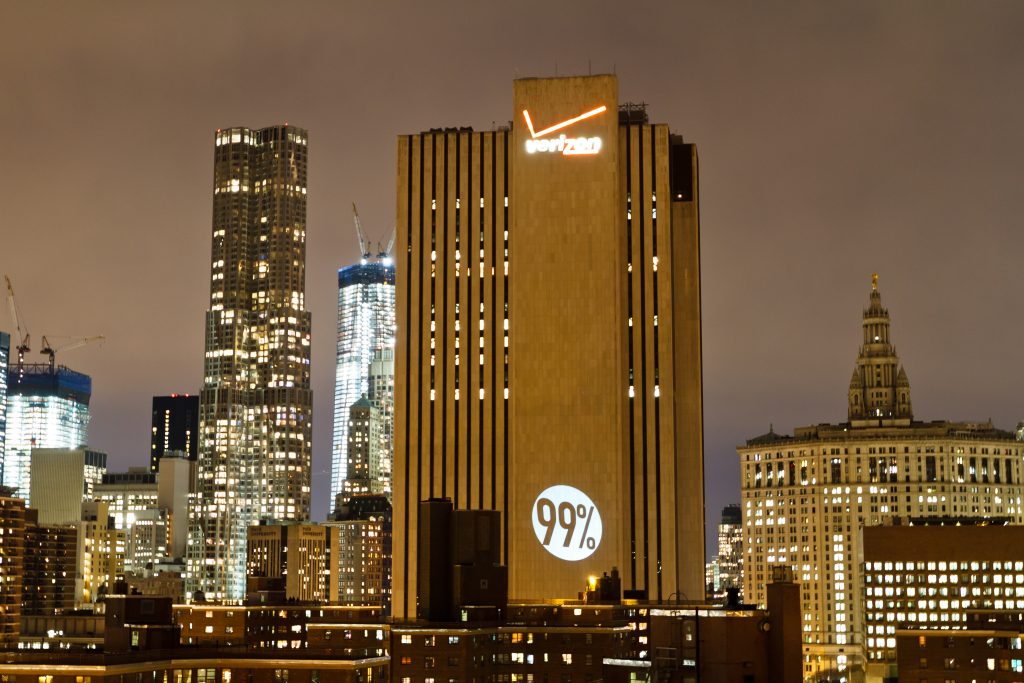 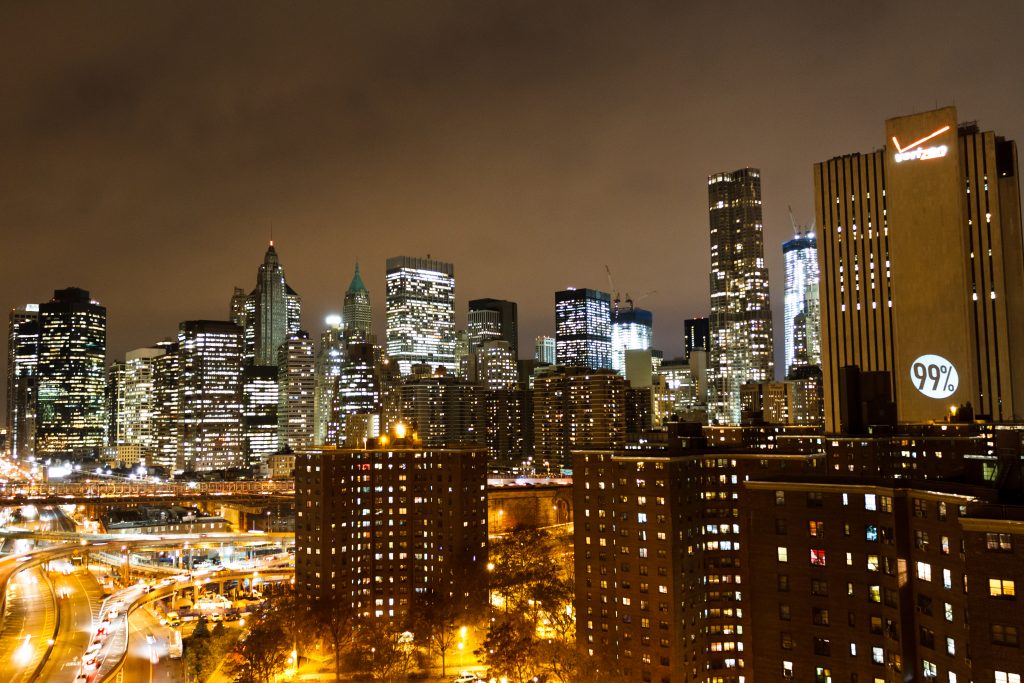 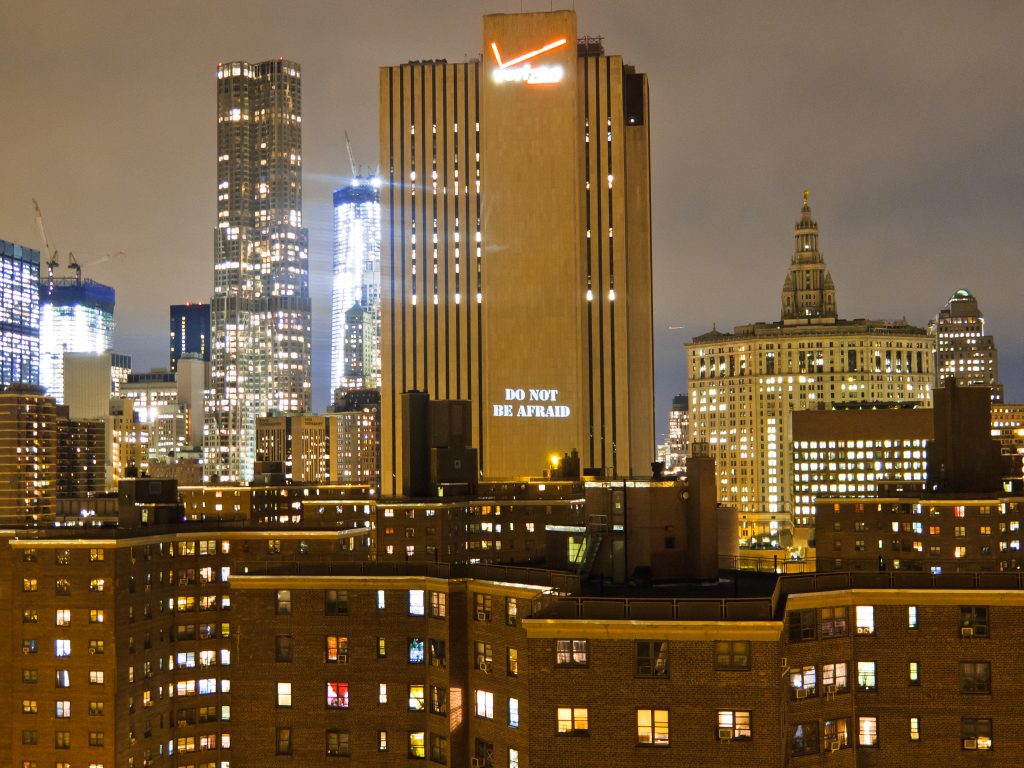