Fort Greene Park
Brooklyn, NY
privacy
On April 7, 2015 a sculpture of Edward Snowden was installed illegally in Fort Greene Park. A handful of anonymous artists and activists had created a bust of the infamous whistleblower and placed the casted metal artwork atop a monument honoring American POWs from the revolutionary war. They write: “It would be a dishonor to those memorialized here to not laud those who protect the ideals they fought for, as Edward Snowden has by bringing the NSA’s 4th-Amendment-violating surveillance programs to light.” (source: ANIMAL New York)

Unfortunately, the statue was removed by midday. The Parks Department and NYPD censored the work by placing a large tarp over Snowden’s epitaph, so that while they worked to remove the artwork it remained concealed to the public. Hours after the statue was removed, however, people continued to visit the site and some honored it with flowers.

Inspired by the actions of these anonymous artists, we recreated the intervention ephemerally by projecting an image of the sculpture into a cloud of smoke. Our feeling is that while the State may remove any material artifacts that speak in defiance against incumbent authoritarianism, the acts of resistance remain in the public consciousness. And it is in sharing that act of defiance that hope resides. 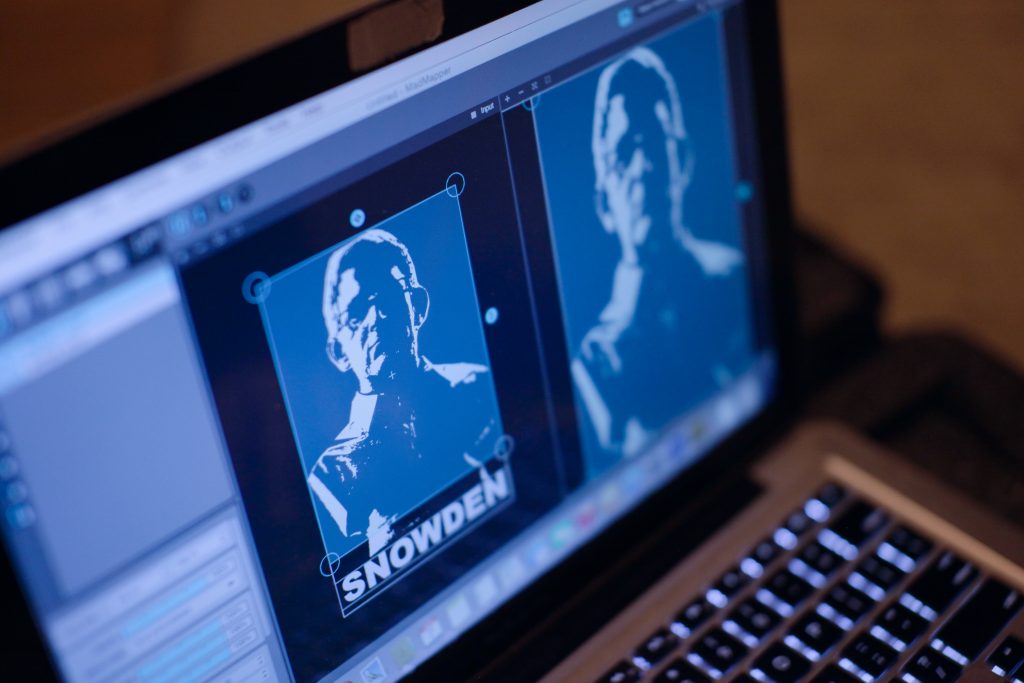