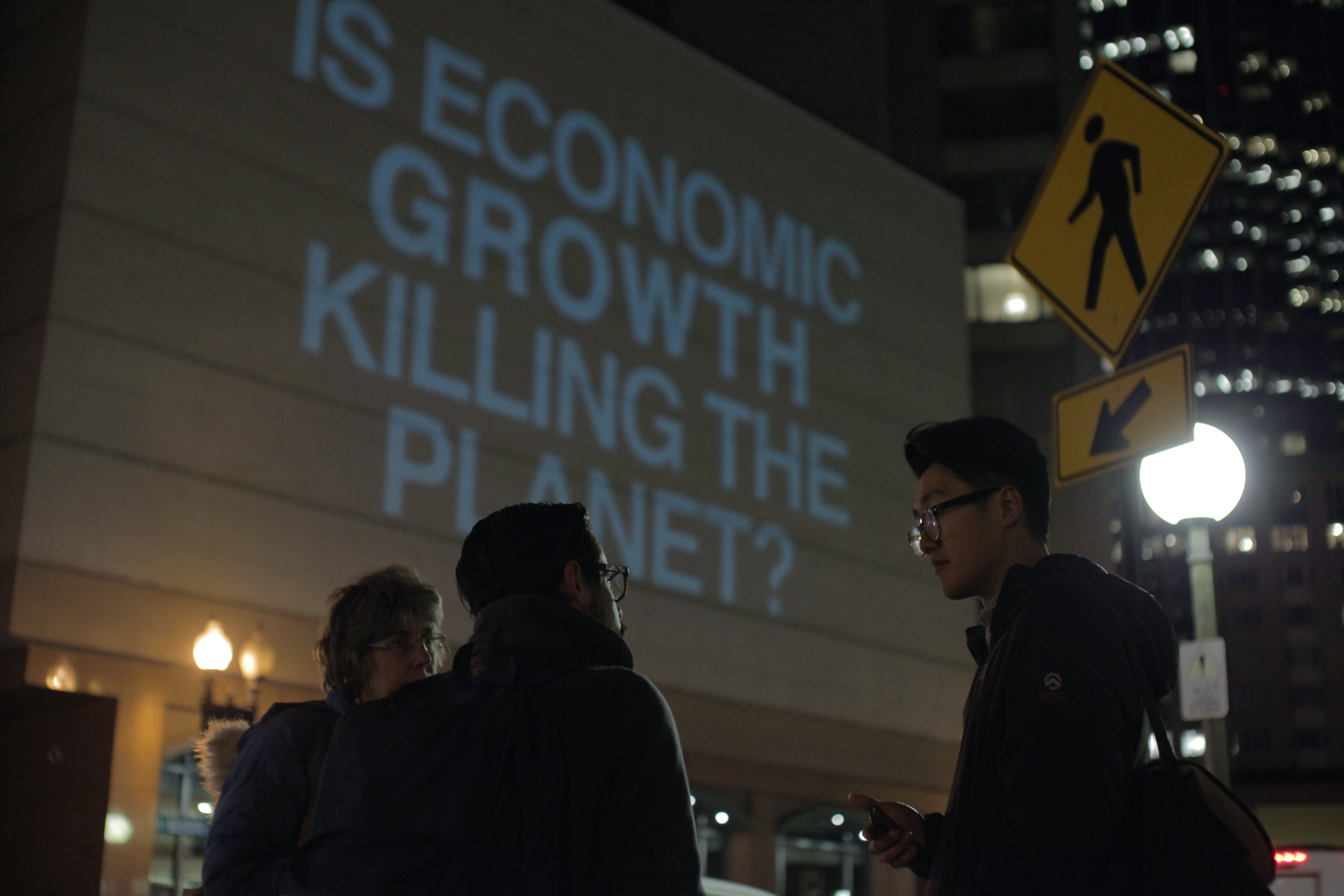 As of writing this, only two American Universities teach economic theory outside of Neoclassical Economics. The field of study in the United States—and, to some degree, in the world—is dominated by this single school of thought, whose followers promote the idea that markets and competition are the best solution to economic problems, and that regulation just gets in the way. Other ways of looking at issues of wealth and money are barely taught at all. Steeped in this unquestioningly single-track institutional logic for decades and decades, American economists are all but blind to alternative perspectives.

On January 2nd 2015, we teamed up with activists at Adbusters and went to the annual American Economic Association Conference in Boston to demand pluralism within more economics programs across the country. As the largest annual gathering of economists in the US, and a magnet for media attention, the AEA Conference was the perfect location to light brush fires in people’s minds, stoke debate, and inspire new flare-ups of campus activism. As the conference doors opened and participants began arriving, we projected messages of dissent onto the building’s facade for all to see. Meanwhile, Adbuster’s activists entered the conference to distribute flyers and infiltrate panels to ask challenging questions and disrupt the expected flow of the conference.

More from their campaign here: http://kickitover.org/ 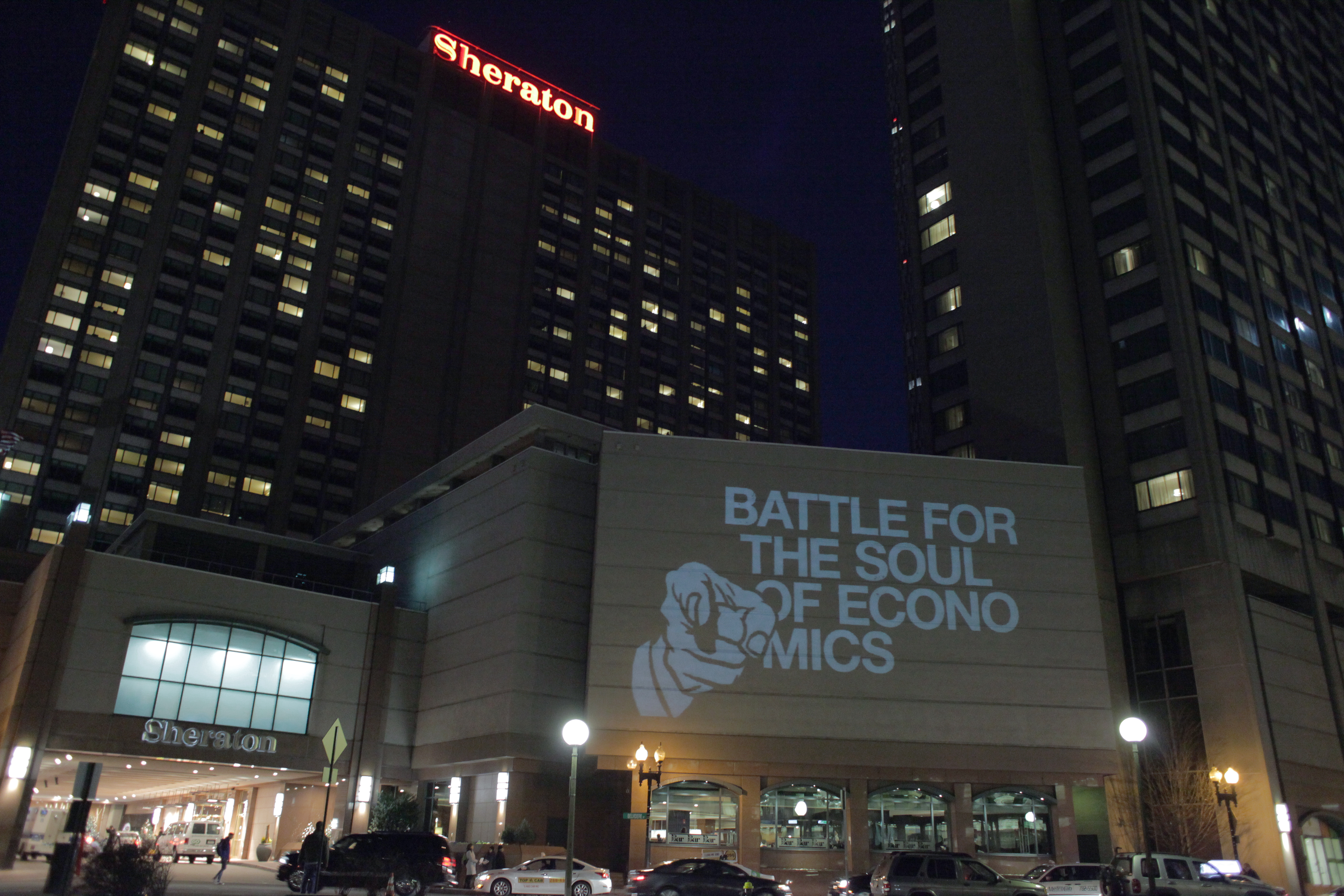 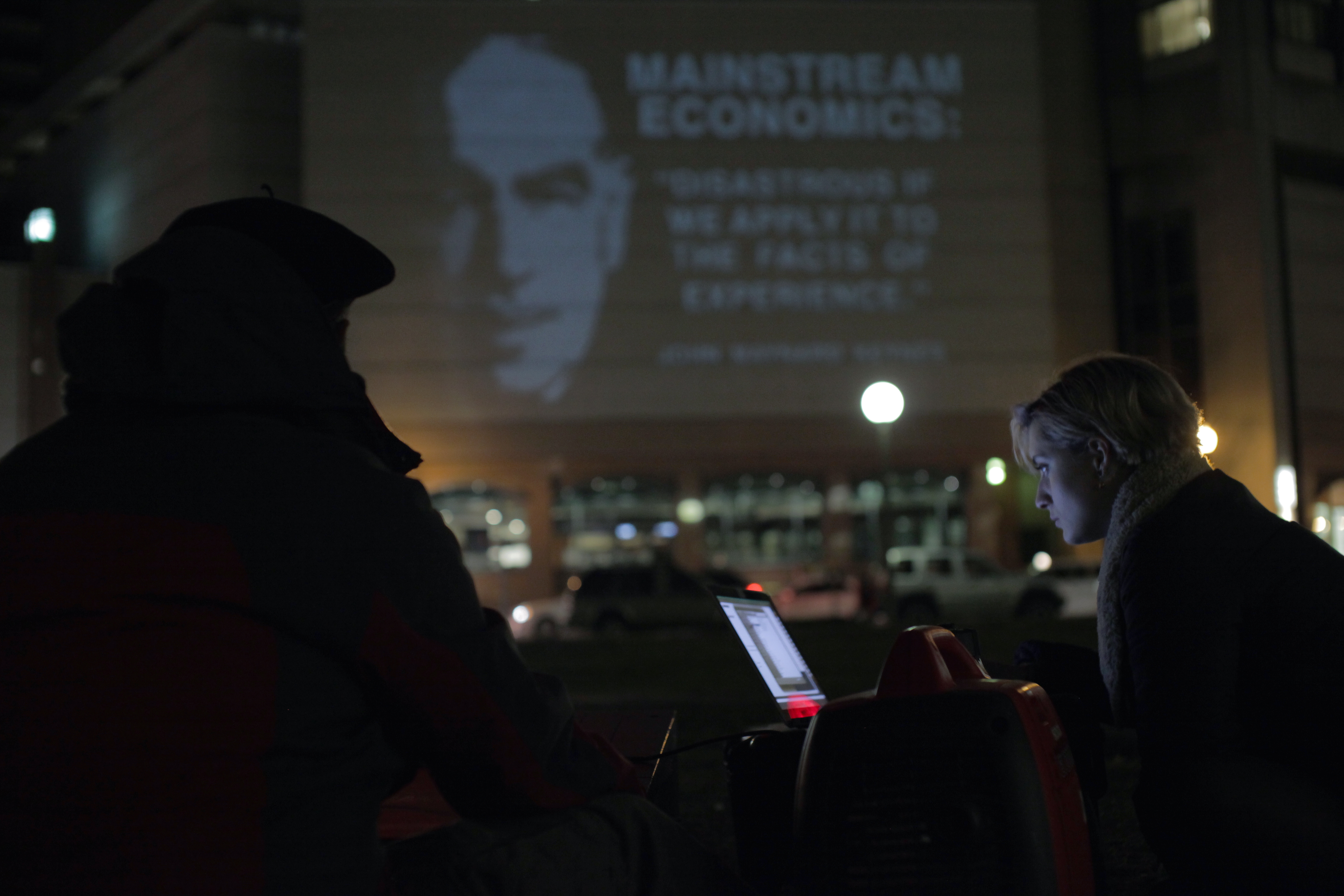 Press for Battle for the Soul of Economics

Washington Post
The protesters who are trying to upend the ‘fantasy world’ of economics
Yes Magazine
Students for Economic Pluralism, Unite! How College Kids Are Taking on the “High Priests” of Money
Adbusters
Can a Band of Rebel Economists Change Economic Thought Before it’s Too Late?
Next Action