The Green Lumen was a custom-built projection bicycle that we designed and created with the help of the Madagascar Institute.  It was capable of supporting a large projector, laptop, the batteries, inverter, and other hardware necessary to power the tech involved, as well as two people; a driver and a projectionist.  It’s maiden voyage was on September 21, 2013 on the streets of lower Manhattan.  Earlier that day, hundreds of activists had made chalk lines on the buildings there at the height of predicted water levels in the year 2100 should we remain on our current trajectory of fossil fuel consumption.  We traced those lines with light and brought the water to life, showing where the sea levels threaten to rise.  We recognize the urgency of action required to combat climate change and we support efforts and policy that helps grow renewable energy alternatives!  The Green Lumen used for a small handful of other interventions, but was retired in mid-2014 due to a lack of space to properly store it, and mobility limitations within the city.  It was very heavy and, while laden with all necessary gear and a projectionist, required a strong driver to propel it.  Additionally, the bike was very wide and couldn’t fit through many pieces of urban infrastructure like bridges, certain bike paths, etc.  If bicycle-based projection is something you’re interested in, we’ve learned a lot from our mistakes and would love to help guide you!  Get in touch! 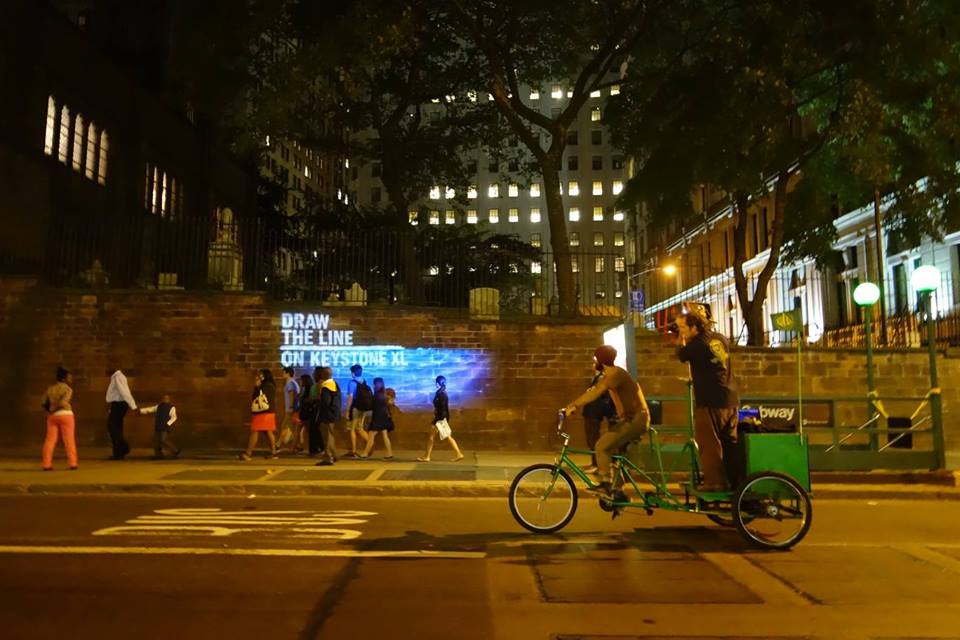 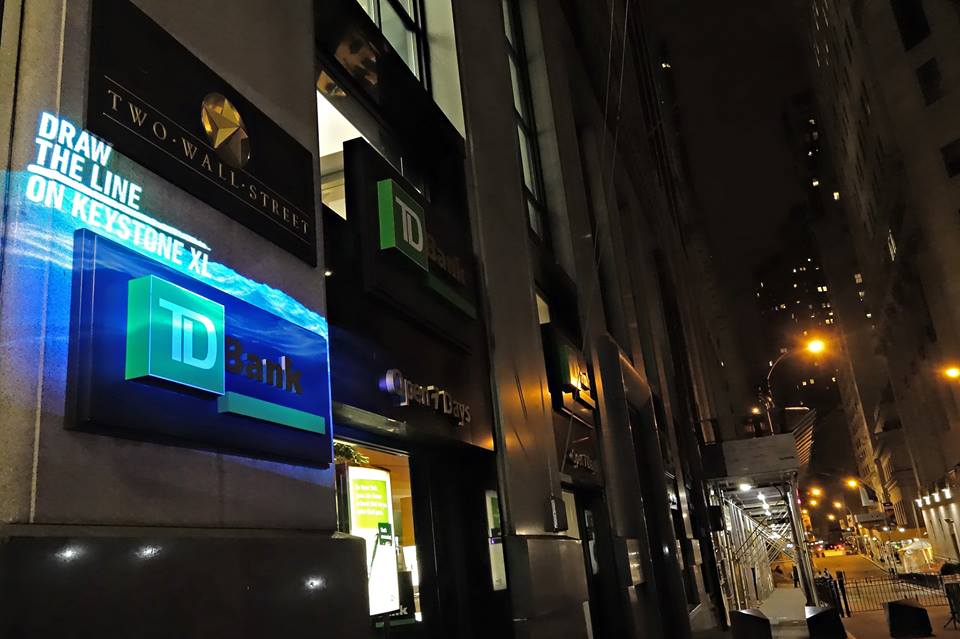 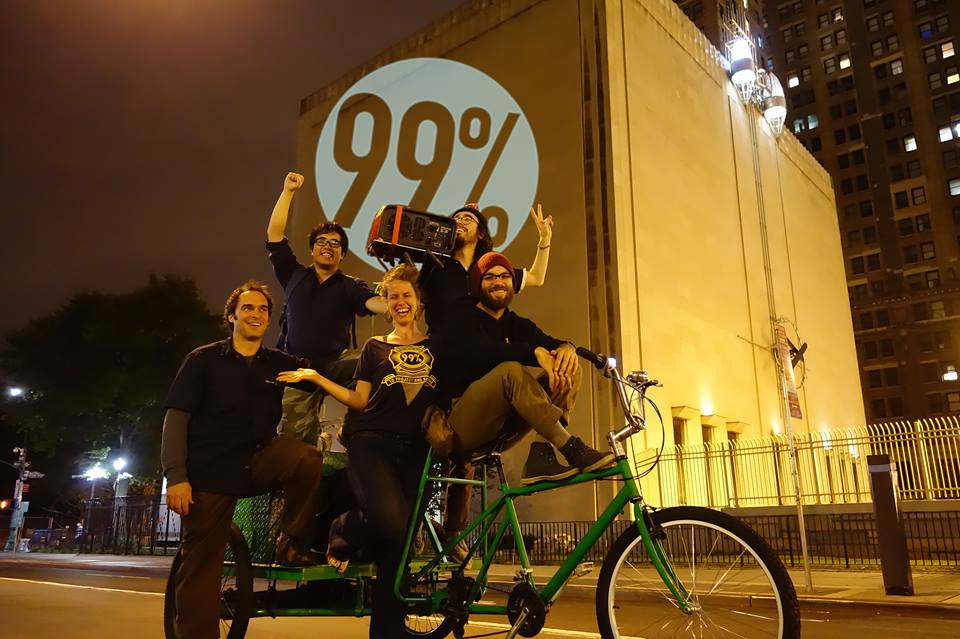 Tools used for The Green Lumen 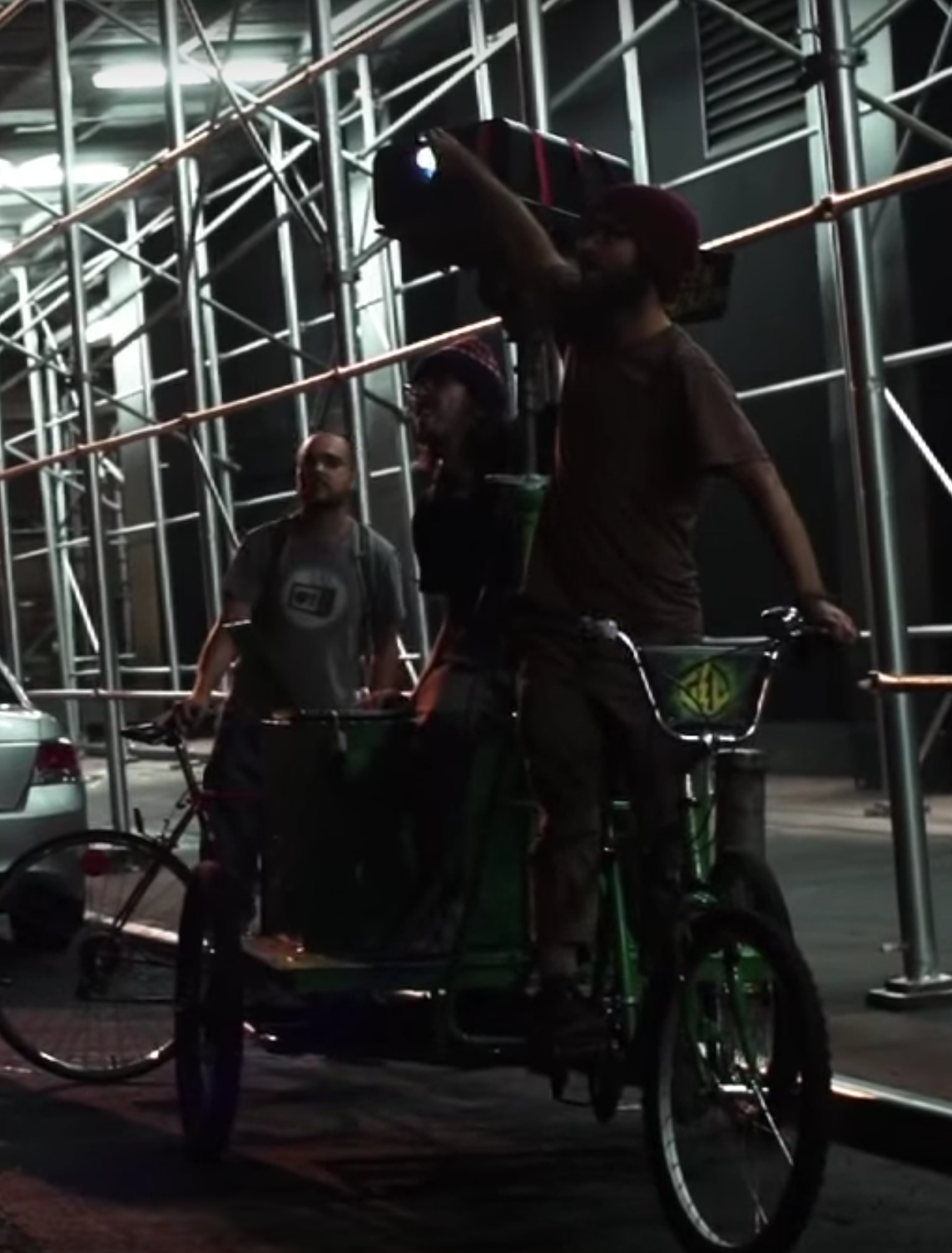 A failed bike projector. Learn from our mistakes!