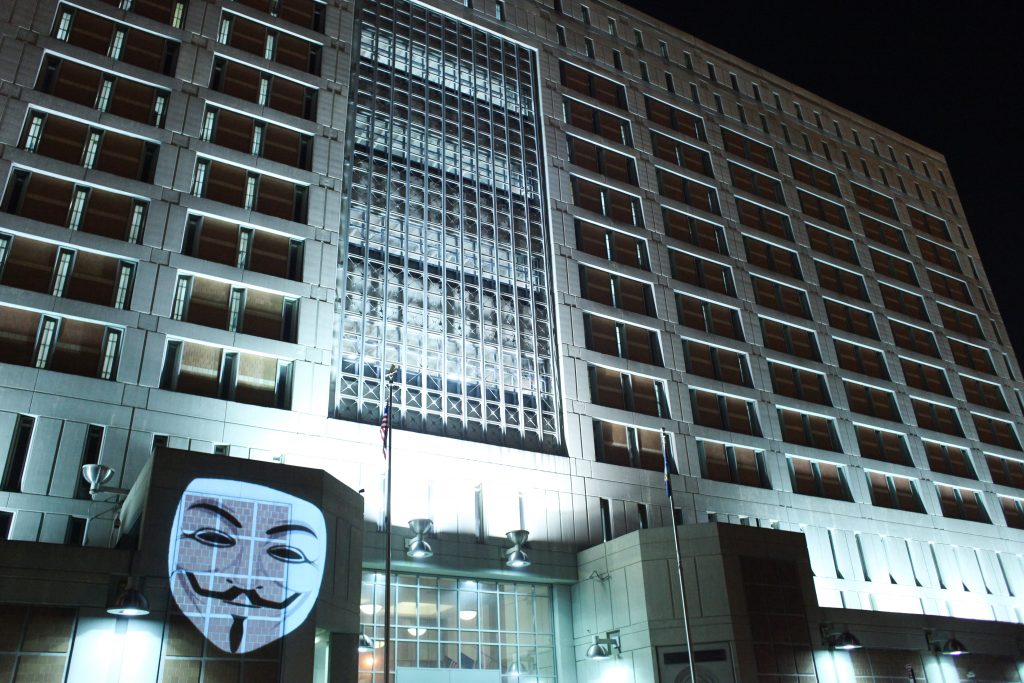 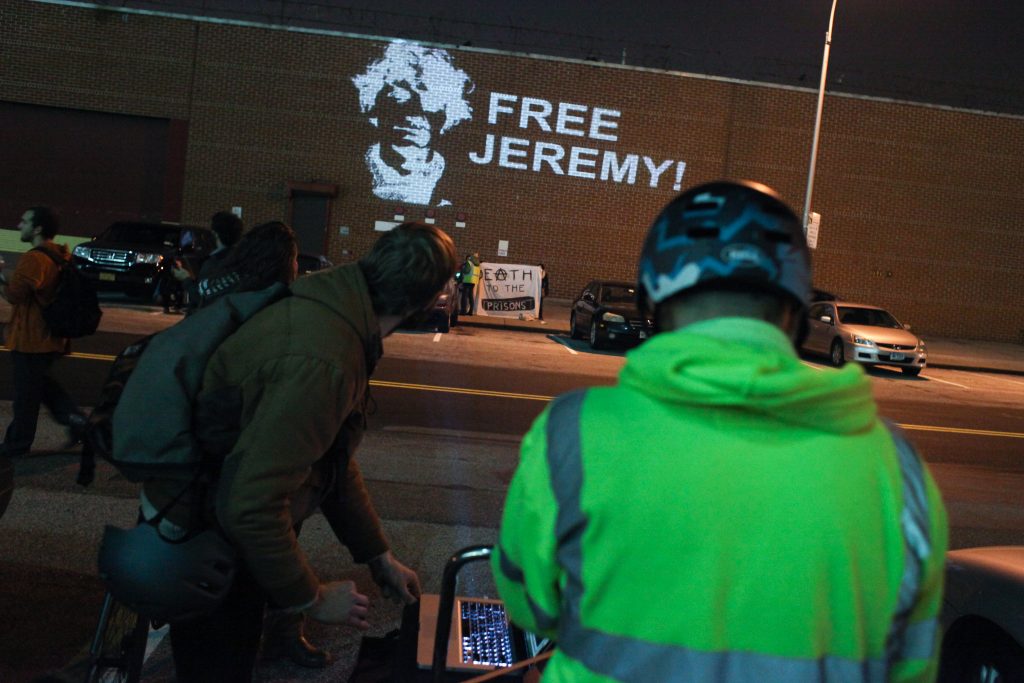 At 28 years old, Jeremy Hammond and was sentenced to 10 years in federal prison for hacking under the banner of “Anonymous” as well as other cyber crimes. As a part of one of the high-profile breaches, he leaked confidential intelligence data from the private intelligence firm Stratfor to Wikileaks. Many consider Stratfor to be a “shadow CIA” operating under even less regulation and oversight than a government entity.

On December 3th, 2013, we traveled to the Metropolitan Detention Center in Brooklyn where Jeremy Hammond was currently being held. We projected messages of solidarity for Jeremy and Anonymous, sang and danced, banged on drums, and blew horns and whistles, sending waves of sound and beams of light through the cell windows. Faces appeared in the windows and lights flickered on and off as a sign that they were hearing and seeing our messages of support. 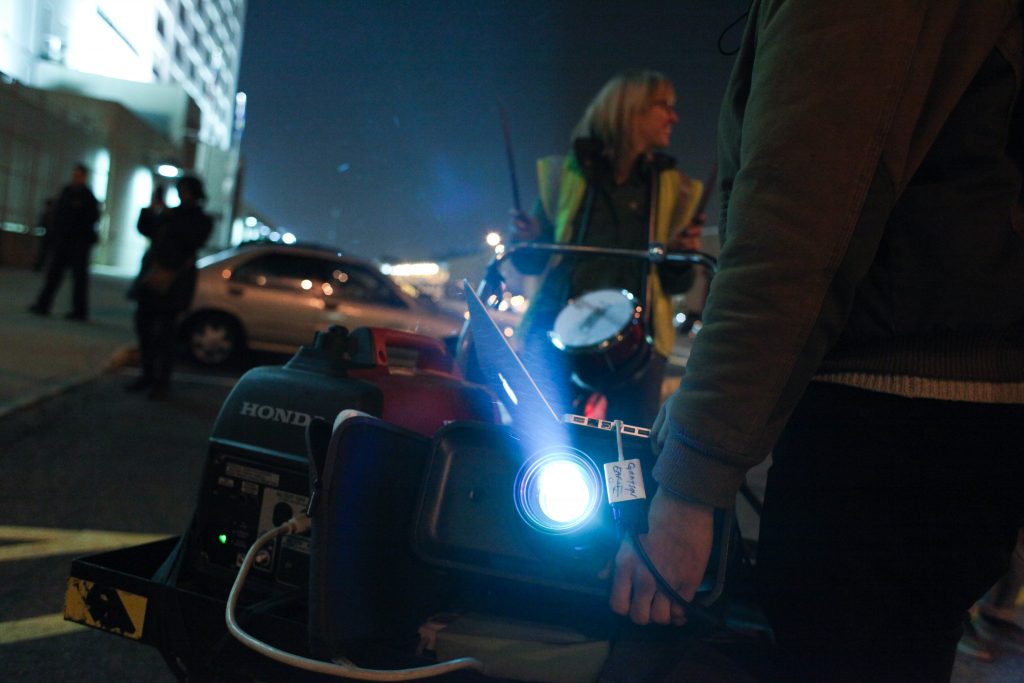 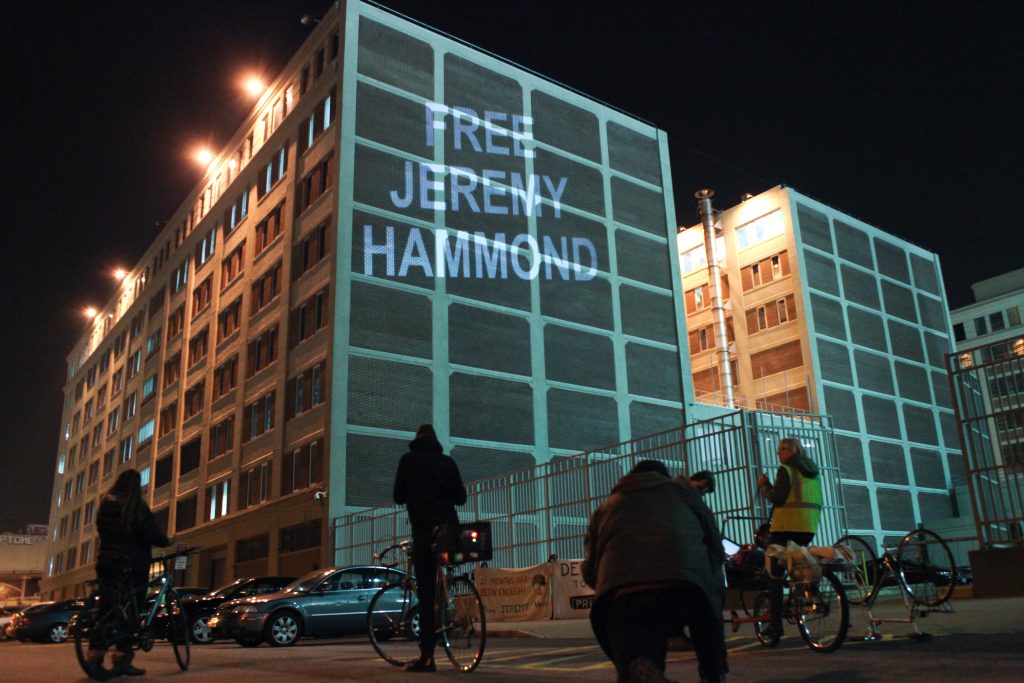 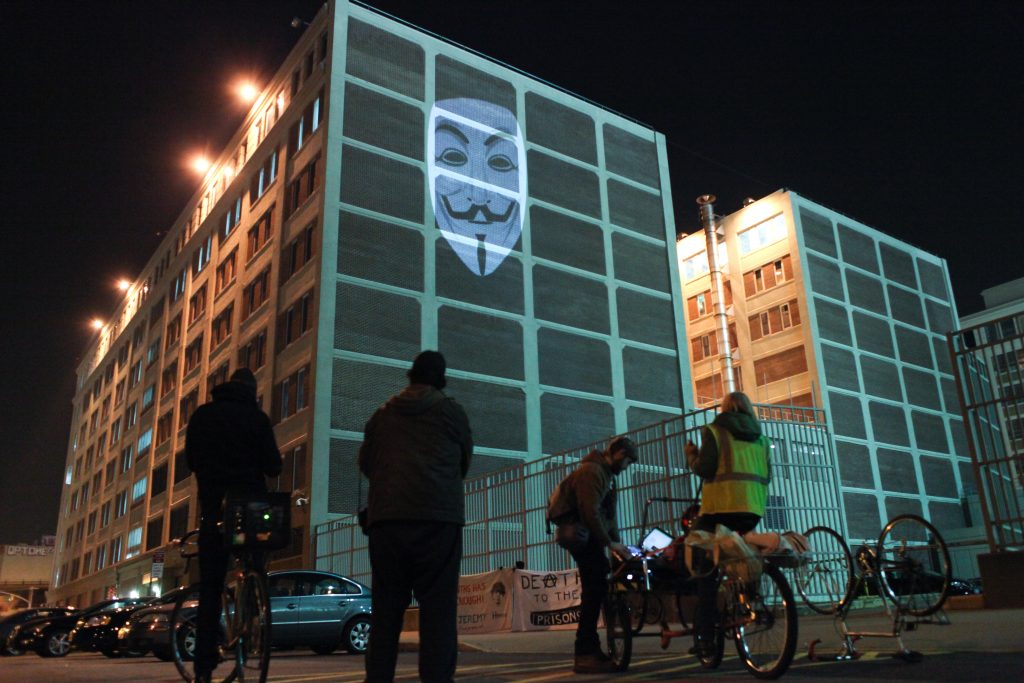 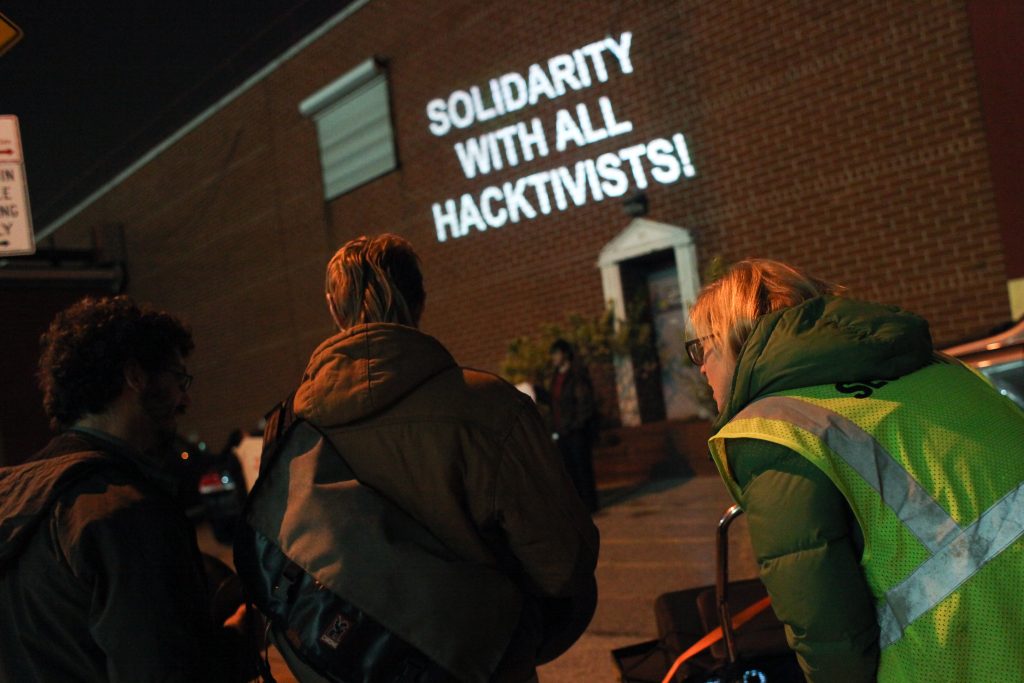 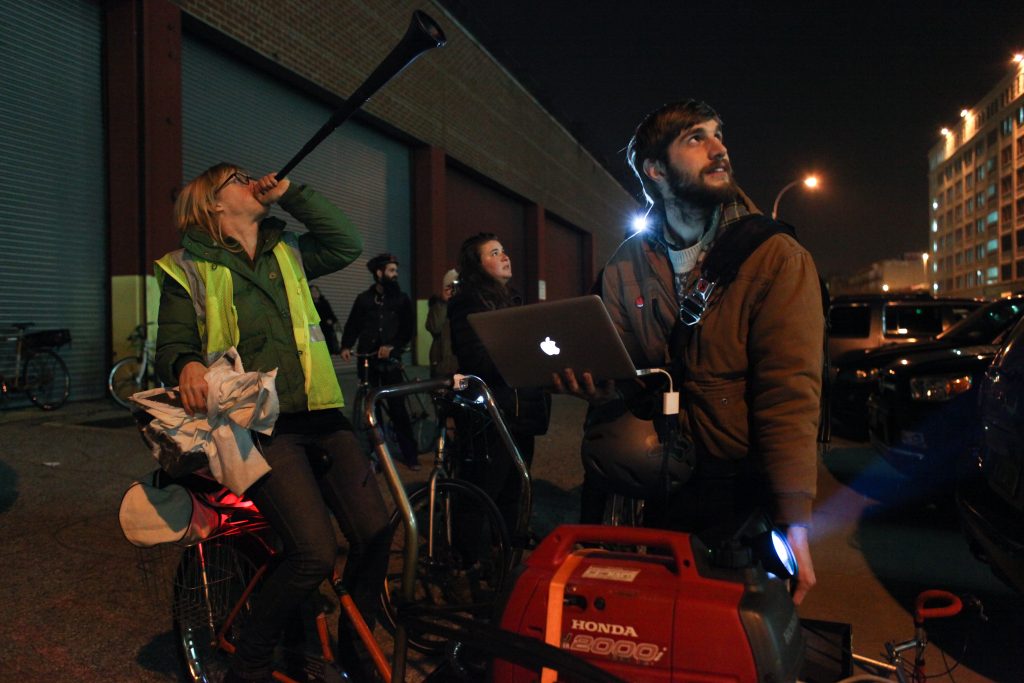